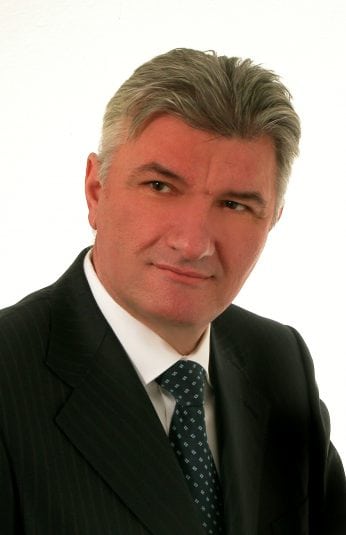 Academy of Criminalistic and Police Studies in Belgrade

Faculty of Diplomacy and Security in Belgrade

Greater Albanian irredentist activity between the two world wars had the strong support of fascist forces, interested in breaking up the newly formed Yugoslav state. It was in the first place fascist Italy and the Third Communist International (Comintern) based in Moscow. The Greater Albania "Kosovo Committee" merged with the Comintern in the early 1920s. Italy directly supported the actions of Albanian terrorists (Kachaks) in Yugoslavia in the years after the First World War. "The leaders of that movement, Hassan Pristina and Mustafa Kroja, received from the Italian government initially 50,000 lira a month, later about 200,000 from September 1927. Much more." As there were daily conflicts with the Kachaks, who had the task of attacking and killing Serbs, cutting telephone lines and cutting lines, the authorities of the Kingdom of Serbs, Croats and Slovenes tried to calm the situation by compromising with the Kachak leaders. The ambassadorial conference decided to form a "neutral zone" on the territory of the SCS kingdom, so the Yugoslav authorities decided not to enter the "neutral zone" from the SCS kingdom, and the Kachaks from that zone to enter the territory of the SCS kingdom. "The neutral zone included the villages of Junik, Batuša, Molić, Morina, Brovina, Ponoševac, Popovac, Šišman, and it was definitely abolished on December 20, 1920. Bajram Curi felt safe in the "neutral zone", surrounded by his bodyguards. He stayed, mostly, in Junik and Batuša. In December 1921, he called on all his supporters to come to the "zone", intending to create military units there whose goal would be to overthrow the government of Ahmet Bey in Albania, and only after that to lead actions on the territory of the Kingdom of SCS. Between 2,000 and 5,000 "fighters" responded, supplying them with weapons and ammunition, which could be claimed to have been financed by Italy. The action of disarming the Albanian ducks on the territory of Kosovo lasted from January 5 to February 7, 1921, when it was stopped. During that time, 672 rifles, 223 revolvers, 4629 bullets, 30 bombs, 21 rifle barrels, 9 knives, and one barrel were confiscated from the barrels there. On that occasion, 21 military fugitives and 8 ducks were arrested. One kachak was killed and six kachak houses were set on fire, three houses in the village of Devetak, from which soldiers were shot as they approached the village, two houses in the village of Ranci where a kachak company spent the night, and one house in the village of Sicevo, where also gathered Kachaks.

FUNCTIONS OF THE STATE IN THE BUILDING OF SECURITY SYSTEM

Civil war is an armed conflict between political, national and other antagonistic social groups in one state for purpose of achievement of political and economic interests. Civil wars rarely end up with compromise and they are made as long as one side wins and established power or unless the peace is imposed by international community. That is why offence is strategy and tactics of each side. In material sense, civil war is an organized armed conflict which is similar or even equal to international conflict by its external features and it may have a form of frontal or guerrilla war. Hence, difference between civil and international conflict is not in the way of making war but in the nature of the war sides. Civil wars may have objective of changing existing political system or regime, secession of territory and its annexing to another state or creation of a separate independent state. Civil war that was led on territory of Yugoslavia was the war for eradication and creation of new states on ethnical basis. In other words, it was the war for the change of territorial sovereignty. Status (the state of affairs) of two conflicted sides in civil war may be equated if the rebelling side succeeds to gain recognition of the status of conflicted side by legal government. In the past civil wars used to be strictly an internal affair of one state. On several occasions the General Assembly of the United Nations underlined that internal conflicts were internal affairs of a state. However, from the Spanish Civil War in 1936 to the beginning of 21st century many civil wars used to be precedents or episodes of international conflicts. Internal conflicts may be also a consequence of indirect aggression. The General Assembly defined aggression while encompassing within this term also infringement of armed gangs and mercenaries with objective of provoking armed violence, disorder or uprising in the state. In this case the state has the right to take measures on the basis of its domestic legislation, but it may define these measures as self-defense as well on the basis of international law. In situation when the war is proclaimed to be international crime, it is less becoming logical that formal wars start with declaration of the war, as there is no state which would risk being accused as an aggressor by international community, but in this case some great powers tend to try to accomplish their goals under cover of provoking civil wars and interventions into internal affairs of a state. Greatest number of post-Second World War local wars had started as civil wars, but after foreign military interventions grew into international conflicts, f. e. Kongo, Vietnam, Lebanon, etc. It also happens that civil war is led alongside (in parallel to) to international war and it happens in case when a legal government makes war with rebelling forces and aggressors’ forces at the same time. However, it is often very difficult to understand whether one internal armed conflict may be considered to be civil war or only a common rebellion. International law has not got the criteria for differentiation of these two forms of conflict and so each internal conflict is observed separately on its own and estimation is usually made on the basis of the abovementioned criteria. For example, in practice they usually take into consideration the circumstances regarding intensity and duration of the armed conflicts, their territorial range, the range of engagement of forces, military organization of uprising, compliance of the rebels to their political elites (de facto the government), respect of the rules and customs of war, etc. These are elements for possible recognition of the rebels as the war making side.

This paper is also an attempt to light up dimensions of depth of the political, social and economic factors in Bosnia and Herzegovina to the extent they encouraged members of the Young Bosnia movement (Mlada Bosna) to a decisive action. And indeed, to which extent did the assassination result from the social and political circumstances which were prevailing in a country where members of Young Bosnia were born and raised. The Young Bosnia members found their inspiration for the revolutionary action in similar youth organizations formed amongst the unfree nations of Europe since 1831. Through their activities they persistently propagated: the philosophy of nationalism and democratic political doctrines, building of national consciousness, creation of cult of national energy, work on the creation of modern national culture based on believes that national culture cannot be without national society, and national society cannot be without national state.