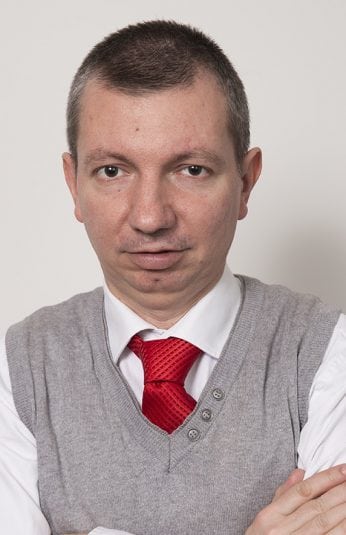 Faculty of Law in Novi Sad

Vladan Stanković, PhD, is the Research Associate of the Institute for Political Studies, member of the Editorial Board of the journal Politička revija (Political Review). As an expert on issues of sociology and politicology of religion, he published numerous papers, the book “Pravoslavno društvo – ustanove, kultura, razvoj” (Orthodox Society – Institutions, Culture, Development) (Institute for Political Studies, 2014) and is an on-call lecturer at the Faculty of Orthodox Theology, Faculty of Political Sciences and the Faculty of Law of the University in Belgrade. Member of the Serbian Society of Sociology.

REVIEW OF VALTER CASPER'S BOOK: FOR ALL TO BE ONE - ON THE WAYS OF UNITY

The author started from the initial assumption that political relations in B&H are basically connected to the relations between the three constituent peoples (Bosniak’s, Serbs and Croats), and the two entities (Federation B&H and Republic Srpska). This starting point enabled the author to choose the political relations of the three constituent peoples and the two entities as the subject of the research, taking as a standard the Dayton Agreement from 1995. and the Paris-Dayton Peace Treaty, which have undergone visible changes in the meantime. Ethnic-national communities are the bearers of certain policies on the reconfiguration of a complex state union on the axis: unitary – loose federation. The involvement of a foreign factor, through the interests of the great powers, further complicates political relations. The finding of the situation shows the coincidence of political goals for regulating relations in a complex state union depending on national orientation: Bosniak political elites try to unite B&H on the ruins of the the Dayton Agreement; Croatian political elites in B&H strive to achieve cosmetic, umbrella functionality of the B&H as solid federation of three ethnic-national federal units; and the Serbian political elite demands full respect for the Paris-Dayton Peace Treaty.

The National Security Strategy of the Republic of Serbia views the rule of law and economic development as important contributors to social stability and preventive strengthening of state security. The rule of law was perceived as a „European value“ and the Strategy paid attention to it on a declarative level. It is seen as a „civilizational value“, but we do not encounter efforts to operationalize and implement it in the political and legal space of the state. On the other hand, economic development is contextualized according to the globalized World market Economy of needs. Economic policy has been reduced to monetary stabilization policy, entrepreneurship, economy of domestic Small and Medium enterprises, foreign direct investment...

The global and globalist Agenda on prevention from COVID-19 follows the logic of new forms of behavioral conditioning in terms of changing the value system and new behaviors of people: the weakening of „traditional forms of social conditioning“ and the severance of social ties. Accepting securitization as a new way of life in which human rights are voluntarily sacrificed for security and protection from the imminent danger of a deadly infection (whose role is to defend a weak individual from state coercion) is the essence and starting point of a new political discourse centered on new politics – The politics of fear of death. People are offered health security in exchange for the constitutionally guaranteed freedom, which is violated under the pretext of protecting the so-called „Vulnerable groups“ that could be killed by a deadly virus. This policy seeks to shift full responsibility to the governments of WHO member states in order for governments to take preventive action to combat the infection, and to establish control over the element of the deadly infection. For this reason, a media hysteria is unfolding before our eyes, at the center of which is the spread of panic with the fear of death. Certainly, the disaster that is taking place before our eyes has reached such proportions that it has additionally globalized the world and put the mutual solidarity of states and nations to the test. It remains to be seen in which direction the world will go...

IDENTITY OF NATIONAL MONTENEGRINS AND SERBS

Today, Montenegro has a society with multiple national identities: Montenegrin, ethnic Serb’s, Bosniak, Albanian ... The concept of building a Montenegrin civic identity, that would hide behind the idea of ​​„constitutional patriotism“, has obviously failed. National minorities such as Bosniaks/Muslims, Albanians and a few Croats never intended to immerse their ethnic and national identities in Montenegrin identity. Montenegrin civic identity, by its very nature, was to serve the conversion of ethnic and national Serbs into „national Montenegrins“, so that national (newly) Montenegrins „soaked up“ a majority of 50% + 1, and thus finally became the majority community in the called Montenegro. At the moment, at the epicenter of events is the process of extrusion of the Metropolitan of Montenegrin-Littoral and other bishops of the Serbian Orthodox Church from the religious life of Montenegro.

The national identity of the Serbs and Montenegrism are two parallel and exclusive phenomena. Th e representatives of the Montenegrin national identity deny their Serbian ethnic origin, with the help of the „Civil concept of the Montenegrin nation“ assimilate national Serbs in Montenegro. Th ese assimilation processes of Serbs permanently destabilize montenegrin society and undermine stability in the Western Balkans region. Th e exit strategy would represent, for the beginning: a consociational model for the organization of Montenegro, as a society of multiethnic and inter-religious communities, based on equal principles that would take place in parallel with the processes of regional integration in the Western Balkans region.