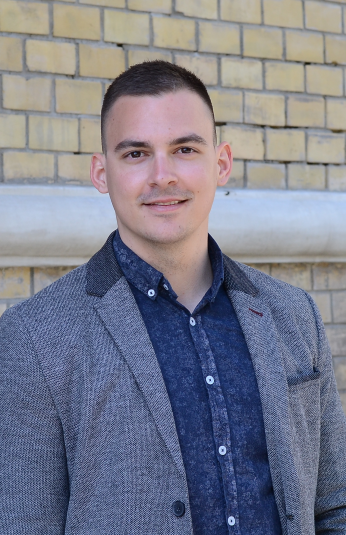 Vanja Glišin is a Research Assistant at the Institute for Political Studies. He is attending doctoral studies in political science at the Faculty of Political Sciences in Belgrade. His areas of interest are international relations, geopolitics and security. He has published over 20 papers and two scientific monographs: "Balkan Geopolitical Paradigm&quot; and &quot;Contemporary International Relations and Geopolitics" (co-author). Glišin was an associate in the organization of the international scientific conference &quot;Security Culture: Migrant Crises, Situation, Perspectives, Risks&quot; in 2017, he presented at the international scientific conference "Religious and Confessional Identities as Actors of Possible Conflicts in the Balkans and Europe" in 2018, participated in the project "Capacities of the information society for sustainable development in the territory of AP Vojvodina" in 2019, then in the international video conference "Security crises in the 21st century and how to manage them" in 2020. Also, Glišin participated in the scientific conference: "Reasons, experiences and consequences of the collapse of Yugoslavia in 1941 and 1991", he spoke at the scientific conference: "Kosovo and Metohija - security challenge and / or perspective of the Republic of Serbia" in 2021, and International Scientific Conference &quot;History as an Instrument of Geopolitics" in 2022. Glišin was engaged in teaching at the Faculty of European Legal and Political Studies in Novi Sad and at the College of Communications in Belgrade. During 2020/2021. was engaged in a project within the Faculty of Political Science, University of Belgrade as a scholarship holder of the Ministry of Education, Science and Technological Development of the Republic of Serbia.

In this paper, we deal with the essential question of whether and in what way the current National security strategy of the Republic of Serbia properly valorizes the geopolitical identity of Serbia and the complex geopolitical position of the Serbian people in the Balkans. We define geopolitical identity as the identification of geopolitical self-awareness and continuity in the time and space of a nation, as a relatively objectifying identity-geographical property of a national or religious group which is related to its specific spatial, cultural-civilizational, religious-confessional and political-state form of existence. Thus, the Serbian geopolitical identity is tellurocratic and is the result of historical forced processes of ethno-spatial repression from the Adriatic coast, unification, conversion to Catholicism, Montenegrinization etc. Apart from the characteristics of a territorially locked country, we would like to point out that Serbia has an island position being surrounded by the member states of one alliance and thus isolated within its territorial space. Serbia is surrounded by NATO member countries and as a result, it faces pressures and has difficulty communicating with potential partners, etc. and if relations deteriorate, it will face military, economic, energy and traffic isolation and sanctions. The specificity of the position of the Balkans and thus of Serbia and Serbian countries, creates a geopolitical magnetism that attracts global and regional powers. The parallel and intertwined interests of these forces create a geopolitical knot in this area as a very important geopolitical feature. These are strategic movements and wedges from several different directions. Russia is trying to coordinate the northeast-southwest direction towards the Mediterranean and warm seas. The German factor has been projecting the direction of movement northwest-southeast for decades. The Islamic factor follows the southeast-northwest direction towards the heart of Europe. The United States is expanding its influence in the southwest-northeast direction and is trying to control most other directions, especially those that extend from the circles of their allies. Finally, China is emerging as a new factor projecting the direction of movement to the west, including the Balkans (China + 17 Initiative), which further complicates Serbia's geopolitical position. Therefore, Serbia and Serbian countries are in a dynamic zone that’s geopolitical, geostrategic and geoenergetic characteristics are the key to preserving the global position of the world’s great powers.

In this work, we will seek to show the continuity of Anglo-Saxon geopolitical doctrines and the strategy of American conquest and militarization of Eastern and Southeastern Europe in a time continuity from the beginning of the Cold War to the present. In order to understand and adequately respond to the topic and subject of the research we will devote the introductory part to the key Anglo-Saxon geopolitical doctrines that underlie American strategy, internal political organization and foreign policy. Then we will analyze the Cold War division of the world in order to locate the application of geopolitical doctrines in American strategic emergence on the Eurasian continent and the reasons for the progressive militarization of the world. Finally, we will analyze contemporary developments in international relations to indicate the continued application and innovation of Anglo-Saxon geopolitical doctrines with particular reference to the effects of American action on Serbia and the Serbian people. Although outwardly "perfectly secured America has embarked on the path of" cultural and moral destruction "at the beginning of the 21st century. Nevertheless, the United States is still managing to maintain key zones on the border with Russia, expanding NATO, installing military infrastructure , bases and PRO systems by causing low-intensity conflicts and interfering in the domestic politics of countries in the hemisphere.The zone of Eastern and Southeastern Europe is largely under American control and potential Russian returns are trying in every possible way to prevent, most notably in the Balkans, the destruction of Serbs and Serbian countries. By supporting aggressive neighbors, occupying the Serbian territory of Kosovo and Metohija, building a modern-equipped Bondstil military base, destroying Serbia's political, economic, economic and military systems the United States has strengthened its strategic port in the Balkans. Serbia, on the other hand, has been in a difficult and gloomy struggle for many years on its way to the European Union, and knowing what conditions the West imposes on us, we are right to wonder whether it is a "Long Journey in Europe and / or an Attempt at Civilization for the Conversion of the Serbian People" ?