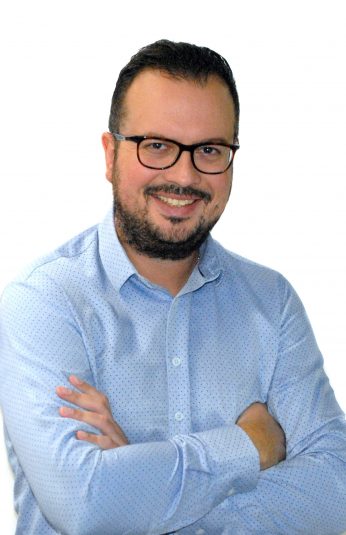 Stevan Rapaić completed his undergraduate and doctoral studies at the Faculty of Political Sciences, and his master&#39;s studies at the Faculty of Economics, University of Belgrade. He is the author of the book World Trade Organization and Foreign Trade Companies (Faculty of Economics, Belgrade, 2013), as well as dozens of published scientific papers. As a visiting professor, he gave lectures at universities in Serbia, Greece, Poland, Russia and Thailand. He also gave lectures at numerous international conferences and seminars in Serbia and abroad. Since 2008, he has been working on projects of the Ministry of Education, Science and Technological Development, as well as the Ministry of Foreign Affairs of the Republic of Serbia. In the center of his research interest are international economic relations, foreign direct investments, foreign trade policy of Serbia and local economic development.

The paper deals with the analysis of institutional determinants as incentive measures for attracting foreign direct investments (FDI) in the Republic of Serbia. Special attention is paid to institutional factors such as political and economic stability, level of corruption, the efficiency of the judiciary, then a stable and reliable, and at the same time transparent legal framework, which tries to explain the behavior of foreign investors when choosing a destination. The paper shows that the policy of subsidizing foreign direct investors (whose economic efficiency is being questioned) is created in order to compensate for the institutional shortcomings of Serbia. The consequence of this policy is precisely the institutional inefficiency of the Serbian political and economic system. The main intention of the paper is to point out institutional obstacles to a higher inflow of foreign direct investments, and offer clear guidelines for the development of measures and mechanisms for attracting those foreign investors that are export-oriented, and who plan to stay in the Republic of Serbia in the long run. Experiences so far with regard to foreign investors, clearly show that they pay equal attention when deciding on both economic and political factors, so a greater inflow of foreign investment can be seen in those countries in which the quality of political (and economic) institutions is higher. The Republic of Serbia is still far away (and increasingly moving away) compared to developed countries, in terms of the degree of quality of political institutions and the level of consolidation of democracy. Therefore, the degree of political and economic freedoms is significantly lower than in developed countries. This problem is not only characteristic of Serbia but is also a feature of the entire region. In this regard, a lot of things need to be done to improve government policies that have an institutional character, in order to ensure greater FDI inflows, but this means tackling deep-rooted institutional reforms. The policy of attracting FDI in Serbia was conducted in a non-transparent manner, which opened the possibility for numerous corrupt actions, on the one hand, and discrimination against domestic investors, on the other. It turns out, that subsidies to foreign direct investors are a bad substitute for the development of the institutional order in which companies will invest without any special financial incentives. After sixteen years of non-transparent subsidies to foreign direct investors in Serbia, it is hard to imagine stopping this policy. However, if long-term and sustainable economic growth are to be achieved, strengthening institutions is necessary, while gradual removal of subsidies would be necessary. Numerous analyzes indicate that subsidies only prolong the unsatisfactory engagement of the state when it comes to developing institutions. The quality of institutions, stability of the political system, rule of law, protection of property and implementation of contractual obligations, increasing transparency of the entire process, combating corruption and "unfair" competition, combating political influence, developing of competition - are desirable and correct conditions to encourage greater FDI inflows.

The paper analyzes the state and structure of the economies of the Western Balkans, their characteristics, as well as their mutual influence, which is primarily expressed through the foreign trade within the CEFTA 2006 agreement. The author gives a comparative analysis of the state of the economies of the Western Balkans and explains the dominant role of Serbia in this region. Despite the fact that all observed countries trade the most with EU countries, Serbia stands out as their second most important foreign trade partner. The author reveals the place and role of Serbia in the economy of the Western Balkans, proving its leading position in regional trade. As the largest economy in the region and the largest market in the Western Balkans, Serbia is the dominant trader under the 2006 CEFTA agreement, and also stands out as the most successful in attracting foreign direct investment. The author explains the basic shortcomings of the Serbian economy but also answers the question of why, despite the inflow of foreign direct investments of over 22 billion euros, only in the previous ten years, Serbia has failed to achieve significant economic growth. Albania, Bosnia and Herzegovina, Montenegro, North Macedonia, and Serbia are countries with different levels of economic development, industrialization, and performance. Based on the presented macroeconomic indicators of the five observed countries and their most important trading partners, we were able to identify certain common factors. During the world economic crisis, all observed countries recorded a drastic decline in industrial production, ie a halt in economic growth. The process of privatization and deindustrialization is a common point in the countries of the Western Balkans, which in the observed period liberalized their foreign trade policy and promoted the inflow of foreign direct investment. All the economies of the Western Balkans suffer from a lack of domestic investment, high unemployment rates, have a large foreign trade deficit, public debt, are dependent on imports, and their exports are mainly based on low value-added products. The real economic growth of most of the observed countries in the last six years (before the outbreak of the Covid-19 crisis) was at an extremely low level and rarely exceeded 3%. In the period 2014-2019, Albania had an average growth of 2.9%, Bosnia and Herzegovina of 2.7%, Northern Macedonia of 2.8%, Serbia of 2.8%, and only Montenegro stands out with real GDP growth of 3.6%. With this state of the economy, virtually non-existent industry, and average salaries ranging from 390 euros in Albania to 525 euros in Montenegro, all Western Balkan economies are lagging behind the European Union average. For example, the average salary in Bulgaria in 2020, as the poorest EU member, was 690 euros, while in the same year in Serbia, as a leader in the Western Balkans, it reached only 512 euros. If we look exclusively at the trade relations of the Western Balkan countries, we can clearly conclude that Serbia is a leader in the region. Serbia is nominally the second most important foreign trade partner for all observed countries. When it comes to the 2006 CEFTA agreement, within which all trade in the Western Balkans takes place, Serbia is a leader with a foreign trade surplus in relation to all countries in the region. Serbia places about a quarter of its exports on the markets of CEFTA 2006, which is why the successful functioning of this agreement is of great importance for Serbia. However, although Serbia is by far the largest exporter in the region, its per capita exports are one of the lowest in Europe. The size of the Serbian economy, total GDP, the inflow of foreign direct investments, as well as the value of Serbian exports in relation to other countries in the region do not reflect the true picture. Serbia has a significantly higher population, so Montenegro still has a much higher GDP per capita, as well as an average salary, while Macedonia has a higher value of exports per capita. With the outbreak of the Covid-19 crisis, it is to be expected that in 2021, there will be a significant decline in the volume of foreign trade in intraregional trade, but the structure of exports and imports, ie Serbia's position as a trade leader will not change. It could even be said that among other countries in the Western Balkans, there is a certain fear that Serbia, as the most important economy in the region, would be the dominant economic and political factor in the Western Balkans. However, by looking at the basic macroeconomic indicators, it is clear that Serbia has structural problems, which prevent it from being a hegemon of any kind in the region in the near future.