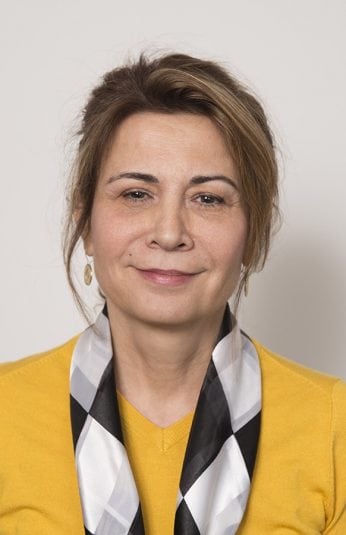 Nada Raduški, PhD, is the Senior Research Associate at the Institute for Political Studies. Member of the editorial boards of the journals Politika nacionalne bezbednosti (National Security Policy) and Socijalna politika (Social Policy). Author of the books: “Identitet i integracija Roma u Srbiji” (Identity and Integration of the Roma in Serbia) (Institute for Political Studies, 2015), “Nacionalne manjine u Centralnoj Srbiji – etničke promene i demografski razvoj” (National Minorities in Central Serbia – Ethnic Changes and Demographic Development) (Institute for Social Sciences, 2007) and “Geopolitical Processes and Ethnodemographic Changes in Serbia” (LAP Lambert, Saarbrücken, 2015). Member of the SANU Committee for Population Studies, Serbian Demographic Society and the Scientific Forum of Economists. Also one of the founders and members of the Management Board of the Forum for Ethnic Relations. Awarded by the Ministry of Science for contribution to science in 2004.

Serbia and Hungary have traditionally good regional cooperation and stable bilateral relations and in that context the protection of national minorities, respect for minority rights and the preservation of ethno-cultural identity takes a special place. Bilateral agreement signed by Serbia and Hungary is of great importance for the position of minorities, interethnic relations, as well as for foreign policy of Serbia and the positive outcome of the process of eurointegration. In other words, good relations with neighbors from the European Union, and especially those whose members as national minorities live in Serbia, are a condition for the progress and accession of Serbia to the European Union. In this sense, the minority issue is a commitment of Serbia in order to successfully integrate members of all minorities into society, better interethnic relations, improvement of relations between states, as well as political stability, economic development and prosperity. This paper analyzes the population dynamics, the number and spatial distribution of the Serbian minority in Hungary and the Hungarian minority in Serbia, bearing in mind that these demographic indicators are crucial for the realization of basic minority rights, then bilateral agreement between these two countries, as well as the challenges of minority policies in bilateral and regional cooperation. Serbia advocates the protection of the Hungarian minority in its territory, the realization of their minority rights through an active state policy that implies full integration into society while preserving ethnonational identity. At the same time, Serbia is interested in the Serbian minority in Hungary enjoying human and minority rights guaranteed by international conventions, national laws and bilateral agreement, to improve their position, and to preserve the linguistic, religious and cultural identity. The importance of regional cooperation, the position and protection of the rights of national minorities for the promotion of interethnic and interstate relations, political stability and economic prosperity of thr entire region are highlighted in the paper.

The Roma people are at the bottom of social scale in terms of educational status, because they have a largest number of illiterate people and worst structure of educational classifications (the largest number of people with insufficient primary education and smallest number of people with secondary or high education). The Roma’s extremely unfavorable educational structure is one of most important causes of their non-integration into society and it also has impact on preservation and deepening of economic and socio-cultural gap between the Roma and other peopulation. Without education as one of most significant factors in attempts to improve living conditions and change material status, the Roma are not ready for modern way of production and are supressed to the margins of social division of labor and this fact has actually determined not only their current position but also future one. Being members of a poorest layer in society, the Roma are not in position to provide education to themselves and due to the fact that they are not educated they are excluded from economic and social life which inavoidably puts them into a cycle of misery and poverty. Although the protection of human and minority rights of Roma is regulated, directly or indirectly, in many international documents, the general standpoint is that it is primarily a European problem and that the stability and security of the whole region largely depends on its solutions. Furthermore, minority protection does not only understand prohibition of discrimination, but also the creation of conditions for promoting position and guaranteeing rights to members of the Roma national minority in maintaining their ethnic traits and national identity. Serbia adopted the Strategy for Social Inclusion of Roma in the Republic of Serbia for the period 2016-2025, and education is the most important for improving the economic position, social mobility and full integration of Roma in all spheres of social life.

In this paper will be presented the ethnic picture of the population of the Serbia and the ethnodemographic changes in period 1991-2002, caused by geopolitical processes, migration, natural movement, changed declaration on national affiliation, as well as some political and socio-economic factors. Ethnocentric migrations (voluntary and forced) primarily influenced on the change of ethnic structure of the Serbia, in the sense of creating nationally more homogeneous region, having in mind the national structure of refugee-population. On the other side, the emigration of some other nationalities which migrated to their mother countries due to political and economic reasons influenced on the ethnic structure, too. Spatial distribution of population according to nationality is an important aspect of demographic development conditioned primarily by ethnically differentiated natural growth and migrations, but also with the impact of numerous other factors. In Serbia is present an exceptional concentration and homogenization of population of certain nationalities. Due to specific territorial distribution and ethnic domination of relevant national minorities in border parts of the country, the question of their status and territorial-political organization gives special severity and significance to the minority question in Serbia. Having in mind that Serbia is a multiethnic and multiconfessional state, the protection of minorities rights and good inter-ethnic relations are necessary for peace, stability and democratic development of the Serbia and the Balkans region.