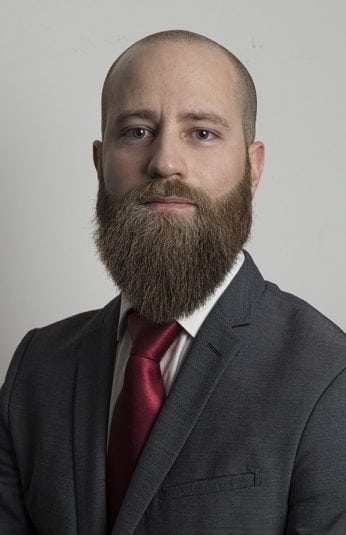 Joseph Biden’s electoral win in November 2020 was widely anticipated as American return to the global stage. In many academic and policy circles, the removal of “isolationist” Donald Trump and important triumph of liberal internationalist Biden was expected to bring about a new chapter in US relations with allies worldwide, leaving behind the awkwardness of previous administration’s reckless political style. However, once the global affairs started unfolding in 2021, Biden Administration’s key international slogan “America is back” also proved to be much more a thing of political style than well-developed substance. This article aims to examine the ways in which the Biden administration’s strategic posture during the first year of the presidency affected transatlantic relations. To that effect, key foreign policy speeches and documents have been analyzed and major international developments tracked. The key finding is that, despite the permissive context shaped by the Trump administration’s disparagement of European allies, the new administration has failed to move forward in terms of strengthening transatlantic ties. This goes to indicate that many of the issues have all along been more structural and had predated Trump’s policies, which means that they will be all the more difficult to overcome.

COSMOPOLITAN DYSTOPIA: INTERNATIONAL INTERVENTION AND THE FAILURE OF THE WEST

The paper examines the changing relations between the U.S. and Russia since the end of the twentieth century, shaped by the experience of NATO’s war with Federal Republic of Yugoslavia over Kosovo. The first decade after the termination of the Cold War brought about the American ‘unipolar moment’, and with it the attempt of Russian political elites to approach the unipole and find a sustainable modus vivendi with it: the relationship between Yeltsin and Clinton administrations is a vivid example of such endeavors. At the same time, policies such as NATO expansion induced suspicion on the Russian side with regard to the possibilities of achieving an understanding and allowing Russia to become a legitimate part of European security architecture. When, in March of 1999, NATO began with the attacks against FRY (a country perceived as traditionally friendly towards Russia) without the consent of the United Nations Security Council, a long shadow was cast over the prospects of a Russian – American rapprochement. All subsequent episodes of cooperation and competition between Russia and the U.S. have been observed through the lens shaped by the Kosovo war. Drawing from contemporary Russian and western academic literature and memoir materials (Primakov, Guskova, Narochnitska, Baranovsky, Tsygankov, Sushenkov; Wohlforth, Walt, Clarke, Hill, Galen Carpenter et al.) and building upon the traditional realist concepts of great power competition and balancing, the author assesses the development of U.S.-Russian security relations in the context the Kosovo war experience. It is argued that, in addition to being an attack against a country perceived as a traditional Russian friend or protégé, NATO bombing of FRY in 1999 posed a major concern to Russia because it was a signal that the alliance was ready to change its strategic posture and engage in out-of-area operations.

Sanctions as an Ambiguous Tool of Economic Statecraft: The Case of Russia Post-2014

Trade and financial sanctions are regularly considered one of the most widely employed tools of economic statecraft, although their efficiency is occasionally disputed. In academic literature and political practice alike, it is often claimed that they can effectively be used to influence a particular state’s behavior and shape international political outcomes. Even the potential for sanctions to be imposed is sometimes enough to produce the wanted consequences. Some conditions are previously required, though, in order for sanctions to work. They pertain to the level of balance between the actors’ capabilities and vested interests. In the case of sanctions imposed to Russian Federation by a large number of Western countries, the conditions have clearly not been met. Given that the purpose of sanctions imposed is not to affect the targeted state’s economy, but to influence its behavior, it may well be stated that the tool has not been successfully used. Also, within the current, ever-larger global interdependence, the consequences produced by international sanctions have backfired and hampered the economies of many of the European Union member states, thus creating blocks of opposition within the Western club and demonstrating the ambiguity of the tool itself. It all goes to show that the way of handling the Ukraine crisis, regarding its reliance on international sanctions, was flawed. As such, it is not only significant as a roadmap of how not to handle international conflicts, but as a potentially valuable case study in the future economic statecraft textbooks

The Globalization of International Society

What Is the Obama Doctrine, and Has There Ever Been One?