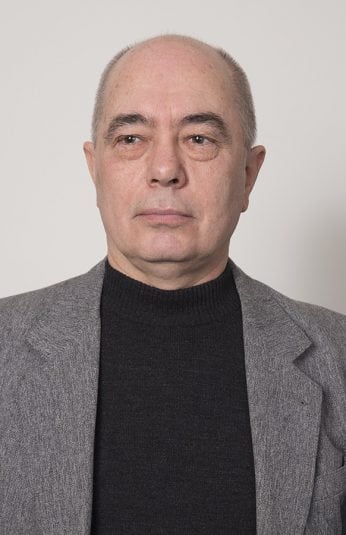 Milomir Stepić, PhD is the Research Fellow of the Institute for Political Studies, member of the editorial boards of the journals Nacionalni interes (National Interest) and Srpska politička misao (Serbian Political Thought, edition in Serbian). An eminent Serbian geopolitician, he is also on-call lecturer at the Faculty of Political Sciences, Faculty of Economics, Military Academy and Diplomatic Academy of the Ministry of Foreign Affairs. Author of a series of ethnic maps of the Yugoslav space and one of the initiators of the Research Project: “Serb Ethnic Space”. Member of the Serbian Geographic Society, Committee for Population Studies of the Serbian Academy of Arts and Sciences and of the editorial board of the journal: Kosovsko-metohijski zbornik (Kosovo-Metohija Almanac). In his rich opus as researcher and author, particularly salient are his books: “Srpsko pitanje-geopolitičko pitanje“ (Serbian Question-Geopolitical Question) (Jantar-grupa, 2004); „Kosovo and Metohija: postmoderni geopolitički eksperiment“ (Kosovo and Metohija: postmodern geopolitical experiment) (Institute for Political Studies, 2012) and his capital work „Geopolitika – ideje, teorije, koncepcije“ (Geopolitics - ideas, theories, concepts) (Institute for Political Studies, 2016)

KOSOVO AND METOHIJA: GEOPOLITICAL ASPECTS OF A QUICK SOLUTION AND A FROZEN CONFLICT

In regards to the Kosovo-Metohija problem, there are different views of directly interested local actors. For Albanians, there is no dilemma about the existence of the so-called Kosovo's independence, which lacks recognition of official Belgrade alone, which would, at the same time, "open the door" to UN membership. In Serbian society, there is no consensus on the Province as an indisputable part of Serbia. Serbian political nomenclature, pro-Western parties, organizations and influential individuals publicly advocate a "quick solution" at the cost of losing the entirety or a part of Kosovo-Metohija territory. On the other hand, the nationally profiled elite, the Serbian Orthodox Church and the vast majority of people are in favor of delaying the decision until (even) more favorable international opportunities. The consequences of a possible loss of Kosovo and Metohija for Serbia would be catastrophic. In territorial, geopolitical, economic and identity terms, it would become multidimensionally damaged, a disabled state. As relations change for the benefit of Serbia globally, active "frozen conflict" is currently the only effective way to preserve the survival of the Serb population, the integrity of Serbia, the invaluable natural resources, national identity, the quality of the geopolitical position and country's and peoples international credibility in Kosovo and Metohija.. In favor of the "frozen conflict" option is the fact that in the world of so-called Kosovo's independence is increasingly perceived not as a special case (sui generis), but as a dangerous precedent. Therefore, it is not recognized by 2/3 of the world (in spatial and population terms), the trend of recognition has stopped and the number of countries withdrawing the previously given recognition is growing. Moreover, “the Kosovo case” has become an indicator of a new bipolar division of the world into pro-Atlantistic and anti-Atlantistic.

“FAULT LINES”: GENERATOR OF INSTABILITY OF THE POSTYUGOSLAV BALKANS

The Balkans is a specific European region primarily because of its ethno-civilizational heterogeneity and geopolitical importance. In this context, it is often considered a “subcontinent” whose differentia specifica is instability and conflict. Both the cause and effect of such status are fault lines, as S. Huntington calls them. They stem from the “Balkan sub-order” that changes after major regional, European and World wars. That created not only the external but also internal borders, both in the monarchist and Titoist Yugoslav states. Their “inadequacy” is the result of not applying the ethnic principle as the basic principle of demarcation, which should apply only to constituent peoples. The destabilizing and conflicting nature of the borders of former Yugoslav republics became evident when, during the breakup of Yugoslavia, they were transformed into interstate borders, with emphasized fragmentational, barrieral and centrifugal features. There are numerous and obvious examples of the selective choosing of demarcation principles, catastrophic consequences of the intersection of ethnic spaces, and the impacts of inadequate borders on provoking war conflicts. The recent dysfunctionality of the post-Yugoslav part of the Balkans is also a consequence of the imposition of inadequate boundaries based on the decision of the Badinter Commission. Therefore, a revision of the division of the post-Yugoslav space and newly formed borders is necessary. It would be carried out in accordance with the ethnic principle as a basic, proprietary-historical principle as additional, and with the use of numerous corrective principles in the final delimitation and demarcation. The formation of new, consequential borders would be a precondition for a more lasting stabilization of the Balkans.

Geopolitical and Geoeconomical Causes of the First World War

Although the whole century has gone since the First World War, the immediate cause and reasons for its beginning has been again in the centre, not so much of scientific objective research, but in the centre of contemporary, political changeable relativized research of those who were challengers and those who were induced. In the order of that aim are the efforts to rename the Sarajevo assassination, which is undoubtedly determined as the direct cause of the War, into its reason, which essence is much more complex. The real reason for the beginning of the First World War should be looked for in the confrontation of the great European and world powers – the process which had lasted at least half century before the War actually began. Basically there is an expansionism of two complementary Central European countries: the Austro Hungarian Empire and Germany. The Austro Hungarian Empire, in which the Slavs were majority, had been trying to strengthen the ethnical-political cohesion within its boundaries, while the foreign political aim was to penetrate to the Aegean port Salonika at the eastern Mediterranean. Serbia had been perceived as “disruptive factor”, especially after the expansion achieved in the Balkan’s wars. Germany, since it had united only in the second half of the XIX century, has been unsatisfied with the established colonial division of the world. It couldn’t be a concurrent to France, Great Britain and Russia such territorially squeezed in the Central Europe. Because of that, Germany had decided to take “Drang nach Osten” as its geopolitical and geoeconomical orientation (“The Bagdad Idea”). The realization of this plan would represent the continental competition to the Great Britain marine “The Big Imperial Way” and the cutting the Britain imperia into two parts. In that context, Serbia was identified as “The Gatekeeper of the Orient” to the British, and to the Germans was the only obstacle on its “strategic diagonal” from the North Sea to the Persian Gulf. Preparing for the War, the great powers, in accordance with their own geopolitical and geoeconomical interests, included small countries in their military alliances, which they formed many years before the 1914.

Geotectonic descent along the Sava fault caused the obliquity of the Pannonian Basin to the southeast, and consequently, the orientation of more river flows towards that zone. At its centre is Belgrade, the place of confluence of the Sava and Danube, and the focal point of a wider area where even more of their important tributaries flow in, the Drina, Kolubara, Morava, Mlava, Tamiš, Tisa, Begej ... Along their river valleys the communications have been routed, linking the Central European Pannonian, Carpatho-Balkan, Vardar-Aegean and the Dinaric-Adriatic entities, and flow into the Belgrade region. The same directions have routed the continuous migration flows, civilization contacts and economic trends. Thus, the area of the Belgrade confluence have become a zone of multidimensional concentration of - population, settlements, roads, economy, trade, education, culture, political power. The Belgrade confluence area is characterized by distinctive geopoliticality because it is located at the contact of large strategic entities and hub of key strategic vectors. Traditionally, the primate had a northwest-southeast direction, which, at the same time, barraged a competitive northeast-southwest direction. The valleys of the Danube, Sava and Velika Morava are the primary „axis“ of these directions and their geopolitical functionis complemented by secondary passages, which also gravitate toward the southeastern of the Pannonian rim and Belgrade (Tisa, Drina, Kolubara ...). It is the geographical basis of forming the Balkan geopolitical hub – the historically continuous crossing of interests of the great powers. Therefore, the area of the Belgrade confluence has always been the subject of struggle for military-political-economic control. Along the Danube-Sava axis, there was a long fluctuation of the imperial transgresion-regression frontier, but there was also formed a central territory with the capital of the restored Serbia. Will the area of the Belgrade confluence remain the centre of the Serbian state and southeast of Europe or will again turn into a postmodern limes-split periphery of refeudalized Europe – this will be a key issue of its geopolitical future.