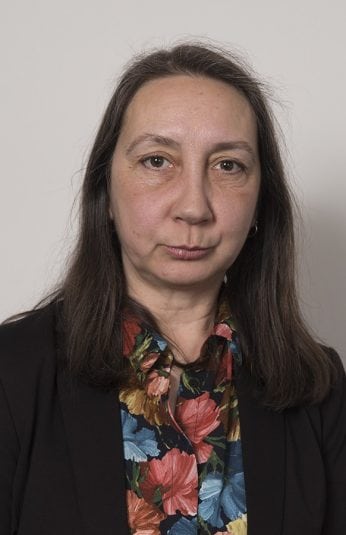 ON NATION FROM THE SYMBOLIC PERSEPCTIVE

In this paper, we consider nationalism, national state, and nation from a symbolic perspective, as opposed to the usual political, legal, or sociological one. We noticed that there is a gap in research, with not many studies taking this approach. Symbols are studied by the culture sciences, traditionally ethnology and anthropology, which also study the phenomenon of a people. This is important because there is a wide consensus that a community formed by a people is a stage in the development of a nation. In this paper, we come to the conclusion that a nation is an integral collective being, unlike a people, that has not achieved that level of social integration and is, instead, only a community, leaning symbolically on its historical name and culture. A decisive factor in national integration is a territory, which is included into the community with people, besides name and culture. The territory materializes the notion of national unity and the integrity of the community. The specific social and cultural life of the community at the given territory is organized by the political order. This way, a national state is formed, with clear material boundary – spatial and legal – for social integration and cultural standardization. A community of a people advances from purely historical identity into political potency of national being. A nation is intuitively experienced in a symbolic anthropomorphic shape, as a being with spirit = name, soul = culture, and body = state (= legal order at its territory). This anthropomorphic understanding of nation is possible because a nation spans all realities in which the human being itself resides: spiritual, physical, social, cultural, and natural reality. The life of a nation as a being is made possible by the people themselves, through the fulfillment of their obligations towards the state. On the other hand, as nothing is more important than a human, through its institutions, the state creates the best possible conditions for the realization of freedom and the potential of every citizen. The national state has taken upon itself all the social symbolism, which had, until its emergence, fallen upon individuals and families. This way, the nation protects personal liberty, by freeing the individuals from the obligation to ritualize their private lives in the service of symbolic preservation of society. We turn to the finding of Marry Douglas and Michel Foucault in order to find more detailed explanations of this situation, which is a basis of democracy as the method of choice for the realization of a modern nation. The world of national states is a structure open to further development. That is always true for human creations, symbols, because of their imperfection – complexity and their nature which spans through multiple realities that cannot be reduced to one another. All of this makes symbols suitable for at least small shifts in meaning, if not completely new interpretations. It is important to allow inherent democracies and international law to guide the further development of societies in the world of authentic national states.

Life Histories of Etnos Theory in Russia and Beyond