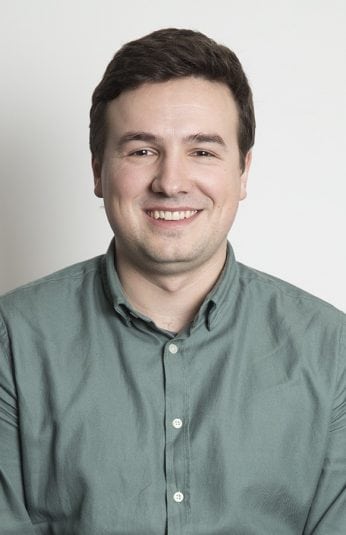 National Assembly of the Republic of Serbia

Dejan Bursać is a Research Associate of the Institute for Political Studies, editorial secretary of the journal Politika nacionalne bezbednosti (National Security Policy). His research fields include the Serbian political system, election systems and political parties in transition countries, with works published on these topics in national journals and international collections of papers (Lucian Blaga University of Sibiu). Professional development in the Leadership Development Programme, European Fund for the Balkans & College of Europe, 2012/2013). Alumnus of the Association of Schools of Political Studies of the Council of Europe, Strasbourg and member of the Bosch Alumni Network.

PARTY SYSTEMS OF BALTIC STATES: THE LEFT BETWEEN ETHNIC DIVISIONS AND IDEOLOGICAL CLEAVAGES

Author analyzes origin and genesis of the party systems of three Baltic countries: Estonia, Latvia and Lithuania, with a special focus on specific ideological misbalance. Namely, in two of the three former Soviet republics, left-wing parties fail to participate in the executive branch and often underperform in the elections. Cabinets of Estonia and Latvia have comprised of mostly right-wing or center-right parties for almost the entire period since independence. The opposite case is Lithuania, where the left parties are rooted in the party system, and moreover, where there is both party competition based on ideological cleavage, and changeability of the left and right parties in power. Through the comparison of three party systems, author is investigating the absence or under-representation of political parties of the left in two Baltic States, and their relative success in one of the countries in question. The paper identifies two key reasons for such an outcome. One relates to the perception of the role of Communist Party of Soviet Union (and its ideological successors) in the process of separation of a specific republic from the Soviet Union. The other is more deeply rooted in respective societies and concerns the perception of political representation of the Russian minority and, in the broader sense, Russia as a perceived geopolitical threat, leading to ostracization of left-wing parties, resulting in their exclusion from government formation.

Since the year 2000, two large political blocs have been dominating the Croatian party system: the conservative one, rallying around the Croatian Democratic Union (HDZ), and the left-liberal, gathered around the Social Democratic Party. The dynamics of competition between these two groups indicates the basic political cleavage that lies on a single-dimensional Left-Right divide. The third options sometimes managed to break bipartisanship, at least in the short term, and to achieve relatively good election results. However, in the medium term, these breakthroughs have been largely unsuccessful, with third parties quickly blending into dominant bipartisan divide, resulting in a stable two-party competition. Until recently, the poor results of the populist right also contributed significantly to the stability of competition, since the dominant HDZ successfully covered that part of the ideological spectrum, largely because of its own nationalist heritage. HDZ thus held the positions of center-right party and populist-nationalist movement in parallel, effectively preventing the development of any viable anti-establishment option. The results of 2019/2020 presidential election signaled a change: for the first time, a far right-challenger (in this case, an independent candidate Miroslav Škoro) managed to win over twenty percent of the vote, effectively dividing the right-wing voters and causing disruption in relatively stable dual competition. Škoro based his result on the long-term pursuit of a part of Croatian voters for the third option, as well as on a number of smaller nationalist and populist parties and movements that emerged in Croatian politics in recent years. The reaction of his voters, who did not seem to blend in the bipartisan division in the second round of election, signals a change in the dynamics of an entire party system – possibly already in the next parliamentary election, to be held in July 2020.

The current scientific literature in the fields of political science and political economy contains a vast number of studies that have examined the impact of party ideology on different economic outcomes, and more specifically, on public spending. Geographically but also politically, the literature can be divided in two groups. The first one refers to the studies of those authors who have tested partisan influence on consumption in developed democracies, while the second refers to the disproportionately smaller number of studies in which this correlation has been analyzed with regard to former socialist countries – mainly those from the east of the European continent. Despite a large body of research and abundance of evidence in support of the hypothesis, political science has not yet given a definitive answer to the dilemma regarding the ideological effect on fiscal developments, meaning that academic debate is still active, albeit with less intensity than in the late 20th century.

The study is designed to empirically test the effects which different ruling party ideologies have on spending for public order and safety budget component in Central and Eastern European countries. The transitional environment and especially post-Cold War security context have altered the concept of security in former socialist societies. Our assumption, based not just on theoretical concepts of left and right ideologies, but also on studies examining this matter in more developed Western democracies, was that right-leaning cabinets will have higher levels of budget consumption for law and order than leftist governments. The empirical model confirmed this hypothesis, albeit only partially. A number of other political, economic, and contextual variables connected with transitional setting, which usually have effect on general levels of spending or certain budget areas, have demonstrated a low significance when comes to law and order spending.

The Past, Present and Future of the U.S. Electoral College

Author aims to explain the institutional framework of the United States presidential election. One of the unique features of American political system is the Electoral College – an indirect mechanism of voting in which the citizens’ votes are aggregated and weighted in relation to their federal entity (i.e. fifty states and one federal district). Throughout the paper, author will not only present historical genesis and basic settings of this electoral mechanism, but also examine the effects and consequences of the system through history, including a number of controversies contributing to the rising criticism and frequent calls to reform. In that sense, the main arguments in favor and against the reform of Electoral College will also be analyzed. Finally, the paper will conclude with a brief examination of system’s effects on strategies of presidential candidates and voting results in the outcome of 2016 election.