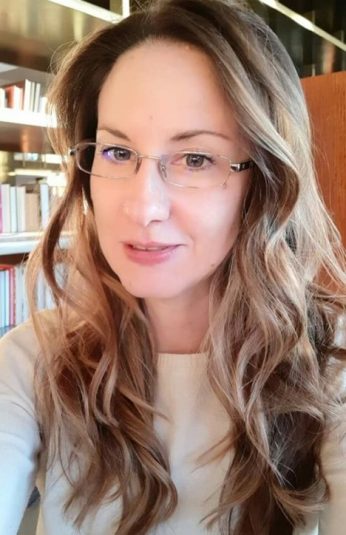 History Department of the Faculty of Philosophy, Belgrade University

History Department of the Faculty of Philosophy, Belgrade University

Aleksandra Kolaković, PhD, is the Research Associate of the Institute for Political Studies. Her research focus is the history of ideas, intellectual history and the cultrue of remembrance. Author of the book: “U službi otadžbine: saradnja francuskih i srpskih intelektualaca 1894 - 1914 (At the Service of Fatherland: Cooperation of French and Serbian Intellectuals 1894 – 1914) (Institute for Political Studies, 2017) and a range of academic papers published in Serbia and abroad (Sapienza - Universita di Roma; Cambridge Scholars Publishing; Western University of Arad). Visiting researcher at L'Université Paris I Panthéon Sorbonne, Paris (2010) and Georg Eckert Institute for International Textbook Research, Braunschweig, Germany (2016). Author and trainer, seminar for professional development of history teachers “Inovacije u nastavi istorije” (Innovations in history teaching) (2014, 2015), as well as history textbook and manual for second and third grade of high school (2014, 2015, 2016). Member of the British Association for Slavonic and East European Studies.

In Serbia, the Great War (1914–1918) and the Salonica Front are typically associated with a powerful image in collective memory. Therefore, it is very important to examine the veracity and origin of mental images, which may be formed under the influence of historians, publications, history textbooks, state policy, politicians, artists, newspapers and social networks. This paper aims to explore the ways the war is remembered in Serbia and and its self-perception through public commemoration. The aim is to throw light on the role and importance of historical knowledge, as well as, the social role of marking the 100th anniversary of the Great War and particularly the Salonica Front. The final aim is to devise recommendations on how to create objective representations of the past and to shape their influence on the society we are living. Underdeveloped cultural policy and the Yugoslav idea influenced on the blurred perceptions of events from 1914 to 1918. Salonica’s warriors have been already forgotten in the Kingdom of Yugoslavia, and later the memories of the two world wars were tied up in socialist Yugoslavia. Serbian Diaspora cherished the memory of the Salonica front and the other events of the Great War. The main features of the place of the Salonica front in the Serbian national memory were being disremembered and neglection the culture of remembrance, as well as identity. The centenary stressed the importance of continuous care about the culture of remembrance as an important factor in creating identity and consciousness about the present. In the case of the Great War, we recognize that the historical facts interpreted in new ways. Therefore, the role of professionals is crucial in creation of cultural policies and the raising path of the culture of remembrance in Serbian society. The important role of media and the Internet in implementation of the cultural policies contributed that the role of individuals becomes an essential element in the formation of the memories on the Salonica front. Remembering is also important in bilateral and multilateral relations between states. Culture of remembrance on the events remembered as a period of heroism, the greatest suffering and alliances in the Great War removes the stereotypical images of the Serbs, who were dominant from the dissolution of the former Yugoslavia, and also remembering on Salonica front could be an indirect factor in the repositioning of Serbia in international relations.