Th e primary goal of this paper is to improve the understanding
of the notion of social capital, and identifi cation of its place in the
academic fi eld and public policy. Concept of social capital was
formed in the late XX century, and it wasn’t long before it reached
immense popularity in academic circles and political practice.
Social capital consists of social structure elements such are
networks, norms, values, and trust, which enable cooperation
and mutually benefi cial interaction of various subjects. Division
of social capital into bonding, bridging, and linking capital is
widely accepted. Bonding social capital implies family, close
friends, and neighbors, while the bridging encompasses weaker
connections of similar people, for example among acquaintances
and colleagues. Linking social capital refers to the connections
between civil society and the state, i.e. citizens and decisionmakers.
Social capital has become a factor in public policy and
a constituent of many political action programs. Use of social
capital, as an instrument of public policy, can be observed in
programs of social policy, educational policy, economic policy,
security policy, etc.
In Balkan countries social capital has not been accepted as a
complete concept, and it has not been developed as a state’s
project with adequate infl uence on public policy making and
implementation in diff erent areas of social life. Multiple studies
have established that the general level of social capital is higher
in developed western democracies than in post-communist
states. Economic development and quality of institutions are the
main reasons. Researchers in post-communist states point out
the signifi cance of social trust and the necessity of governments
promoting and improving social capital using well-devised
public policies.
A slow process of transition and modernization is underway in
Serbia, causing a social capital defi cit. It is necessary to build
a civil society infrastructure by expanding the networks of
civil institutions, initiatives, and associations. It would also be
preferable to develop adequate political culture, which would
mean adoption of democratic values.
The general level of social capital is low in Serbia, which is
especially illustrated by indicators showing a low level of trust,
frugal participation in civil associations and a high level of
corruption. It is necessary for public policy-makers to better
understand the vital signifi cance of social capital because it can
notably contribute to social community’s welfare. Additional
studies of social capital are needed in Serbia, in order to
contribute to elevation of the level of awareness of its signifi cance,
and to foresee public policy mechanisms which would encourage
strengthening of various social capital aspects. 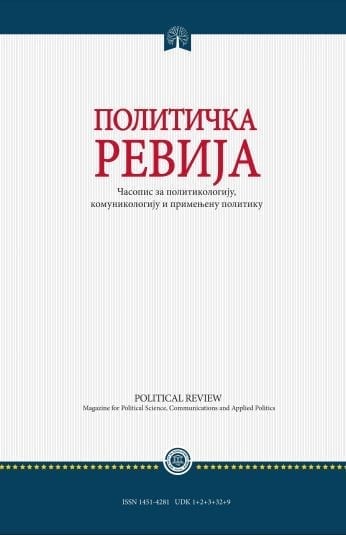