IPS AND RANEPA HELD JOINT ROUND TABLE IN BELGRADE

The Institute for Political Studies organized a round table entitled: “Economic and
Political Challenges in the Relations between the Russian Federation and the Republic
of Serbia”, which was held in Belgrade on May 7, 2021, in the historic building of the
Krsmanović house. The round table represents the first step in scientific and cultural
cooperation between the Institute for Political Studies and the Russian Presidential
Academy of National Economy and Public Administration (RANEPA) and the start of
implementation of a recently signed cooperation agreement between the two
institutions.

Together with the distinguished guests from the Russian Presidential Academy for
National Economy and Public Administration, Prof. Dr. Olga Kazanka, Deputy Director
of RANEPA, and prof. Dr. David Tereladze, Deputy Dean of the Faculty of Economics
and Finance NWIM RANEPA from St. Petersburg, the round table was attended by the
researchers of the Institute for Political Studies.

Prof. Dr. Olga Kazanska emphasized the importance of scientific cooperation between
our two institutions and announced future joint projects. In addition, she said that a way
should be found to strengthen economic cooperation between Serbia and Russia. Prof.
Dr. Olga Kazanska reminded us that during the visit of Russian President Vladimir Putin
to Serbia in 2019, many important agreements for cooperation between the two
countries were signed, and she especially emphasized the importance of improving
cooperation in the field of energy and railway infrastructure. Dr. Olga Kazanska pointed
out that Russia has always supported Serbia when it comes to Kosovo and Metohija,
and that it consistently stands on the position that this issue should be resolved
exclusively on the basis of UN Security Council Resolution 1244.

Prof. Dr. David Tereladze, who spoke about the problem of frozen conflicts in the world,
especially referred to the case of Kosovo and Metohija, which he considers to be the
territory of Serbia. He points out that in resolving such cases, the world must adhere to
the principles of territorial integrity and borders established after the Second World War.

There are many disputed territories and frozen conflicts in the world, and, in his opinion,
they will only increase if that principle is violated.
Dr Dragan Trailović, a research fellow of the Institute for political studies presented the
results of the surveys on Serbian citizens` attitudes which were conducted by the
Institute for Political Studies from 2015 to 2020. The results referred to the attitudes of
citizens about the political, economic, and military cooperation of Serbia with the
Eurasian Economic Union and the Russian Federation, as well as the attitudes of
citizens towards the possible role of Russia in resolving the issue of Kosovo and
Metohija.

The research fellow of the Institute for political studies Marko Pejkovic, in his speech
under the title ’’Serbia and Russia facing the Great Reset’’, analyzed the impact of the
Fourth Industrial Revolution and the concept of Artificial Intelligence (AI) upon the
political life in Serbia and Russia via media releases of the President of Serbia and
President of Russia and their addresses at international forums (WEF/Davos 2021) and
via fresh scientific works concerning relationships between AI and politics (Cate
Crawford). Pejkovic especially underlined the importance of this topic not only for the
Serbian-Russian relations but also for the political life inside these two countries. It
seems that AI has shown some positive results during the process of its implementation
so far, but – at the same time – it has already revealed some traits of its totalitarian
nature.

Dr. Stevan Rapaić, a research fellow at the Institute for Political Studies and moderator
of the round table, presented his research on the topic of economic relations between
Russia and Serbia. He pointed out that in 2019, Russia was Serbia's third foreign trade
partner with over 3.5 billion dollars worth of total trade. Serbia managed to increase its
exports to Russia, but Dr. Stevan Rapaic warned that the structure of exports and
imports from Russia has not changed for years. He believes that the next challenge will
be cooperation in the field of more technologically sophisticated products, which create
greater added value. He also emphasized that in addition to the development of trade
relations between the two countries, it is noticeable that Russian companies are
investing more in Serbia. In the period from 2010 to the end of 2019, foreign direct
investments from Russia amounted to 2.4 billion euros, which makes Russia the second
largest investor in the Serbian economy, right behind companies from the European
Union. 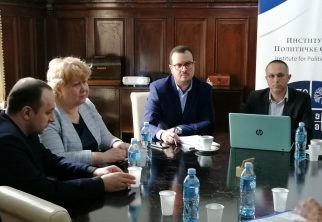 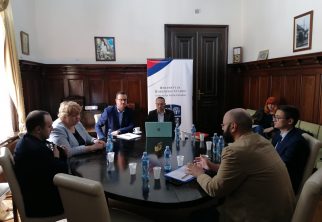 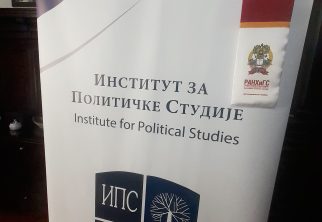 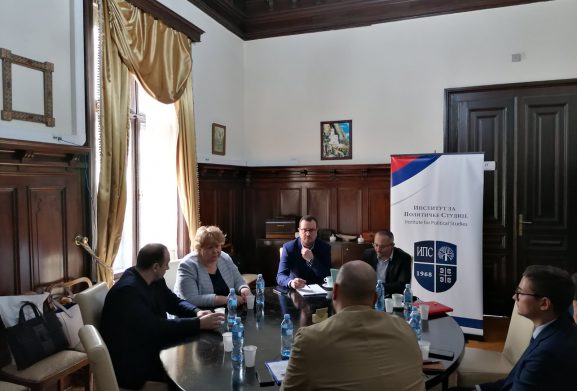